It's baaaack! Thermaltake Level 10 gaming chassis was easily the most amazing, wild and unique looking cases on the market during its heyday, but we suppose that heyday ends now. The reason? The second version! Thermaltake knew that they had to keep a good thing going, so version two has arrived. The Level 10 GT is a towering gaming case that's just as hardcore as the original, with more room than most people will ever have use for, and an amazing, vivid exterior that looking nothing like any other case on the market -- aside from the original Level 10. 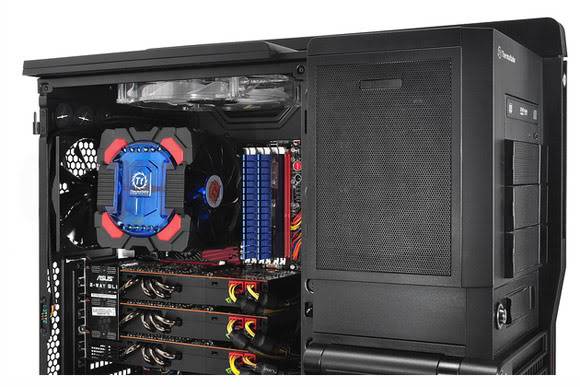 The Level 10 GT was first revealed at CES, but now it's available to order and shipping out to consumers. The Level 10 GT adds 200mm fans, a 140mm rear fan, USB 3.0, removable fan filters, large directional airflow from the side panel fan and room for the biggest video cards out right now up to 37cm in length. The GT is also more affordable than the first, with a price of $269. There are 5 internal hot-swappable bays (each of which can handle 2.5" and 3.5" HDDs), and the case is designed with a pull-out to hold your gaming headphones. Now, you didn't know you needed a new machine, but you're really feeling the itch now, huh? 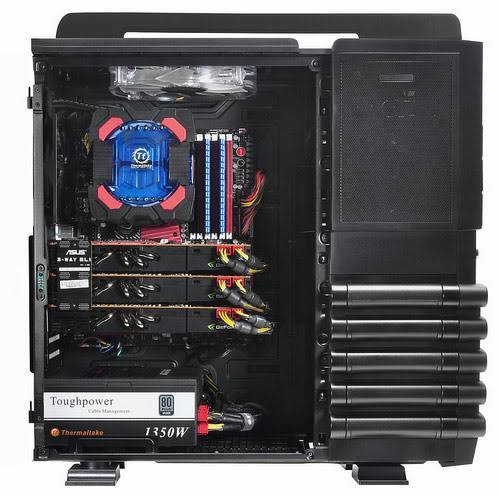 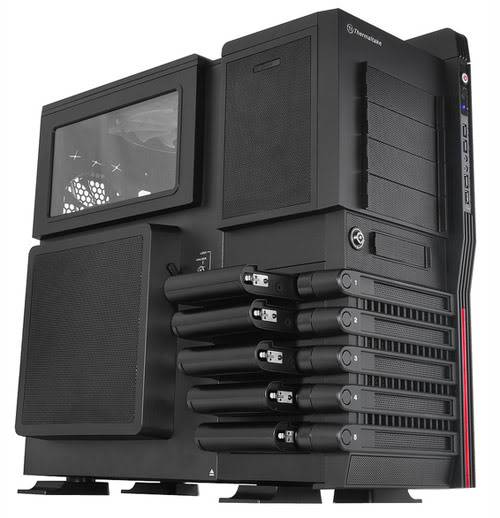 The case's announcement during 2010 CES attracted high-volume of media coverage and quickly trickled down to the PC enthusiasts and gaming communities with approvals of the Level 10 GT's breakthrough in design and innovative features.

Commenting on the Level 10 GT during the CES launch, Overclockersclub, an independent news media had this to say," This year Thermaltake upped the ante in its chassis line up with the introduction of the Level 10 GT chassis at CES. The level 10 was a piece of art in the form of a computer chassis and the level 10 GT takes all of these styling cues and puts them in a chassis that comes with improvements to the airflow through the chassis with the use of 200mm fans in addition to the 140mm rear fan. You get the latest technologies with the addition of USB 3.0 connectivity, hot swap drive bays and a fan speed control built into the switch panel. Like the original Level 10 it's the small things that are not obvious that really make this case, things like the removable fan filters, large directional airflow from the side panel fan and room for the biggest video cards out right now up to 37cm in length. The Level 10 GT is an improvement in form and function for the gamer all at a more appetizing price point." 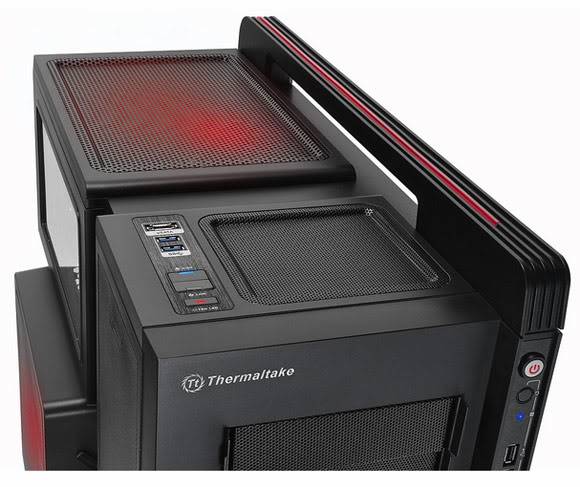 "[Level 10 GT] is a revision of the [Level 10] that is meant to be more affordable ($269 MSRP), but still keep the same styling as the original Level 10. This case has a ton of great features. The first is that there are 5 internal hot-swappable bays, each of these bays can fit 3.5-inch or 2.5-inch drives. These bays are easily removed by pressing in a button on the side and sliding them out. This case is designed to be a gaming case so there is a pull out headphone holder, which is perfect for LAN parties." Commented Bob Buskirk, owner of Thinkcomputers.org.

Unmatched Cable Management - While many cases on the market claim to have cable management, it simply means those cases have enough room on the opposite side of the case to "hide" the excess cables. With Level 10 GT, users will be amazed at how well the cable management system works. Instead of hiding the cables, users can properly separate cables and channel them through the grooves strategically placed on the back of the case. When adding graphic card or hard drives, users will no longer need to untangle the power cables that had been "hidden" away. All hard drives' power connectors are pre-wired eliminating the need for rerouting. Not only does a properly cable managed computer perform better through improved airflow, but also makes the system neater.

Convertible Top-Vent 240mm Water-Cooling Design - With the popularity of performance water-cooling solution for PC, Level 10 GT features a removable top meshed panel with included true 200mm exhaust fan. Should the user wish to integrate 120mm or even 240mm water-cooling, the fan can be easily removed and the water-cooling radiator can be quickly installed. The removable top also enables easy cleaning of the dust build-up on the fan or mesh. 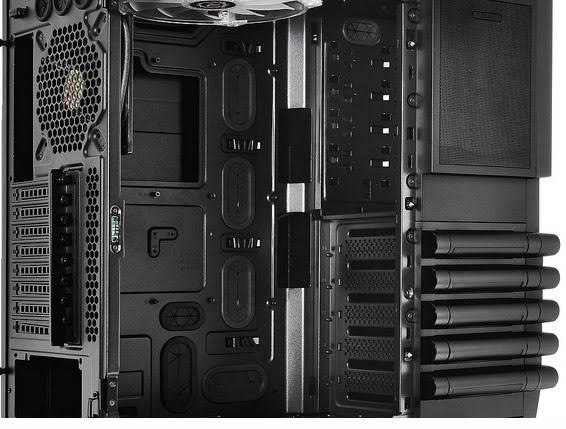 Hinged Side-Panel Door with Plug&Play Fan Power - For power users who frequently upgrades graphic cards, memories or simply performing maintenances, the hinged side-panel door design eliminates the hassle of having to awkwardly sliding the side-panel off. In addition, the side-mounted oversized 200mm intake fan's power connector automatically disconnects itself without any user intervention.

Massive Airflow & Quiet by Design - Building a high-performance gaming rig is not simply putting together the best graphic card(s), CPU, memories or hard drives / SSDs. What's more important is ensuring all the critical components are properly cooled. Being the industry-leading brand in PC thermal management, Thermaltake incorporated not one or two, but rather three true 200mm fans into the Level 10 GT. An additional 140mm TurboFan is also embedded into the back of the case. Each of the 200mm fans can be controlled via the ColorShift control on the top of chassis. ColorShift enables user to take full control over the color LEDs on each fans to match the gaming or working environment. Fan speed control acts as a turbo boost control which users may increase the fan speed to properly exhaust heat build-up during gaming session or to lower the fan speed while working or simply browsing the web.

In addition to the features highlighted, Level 10 GT comes standard with every premium features a PC enthusiast or hardcore gamer would want. High-speed data transfer can be achieved with two SuperSpeed USB 3.0 ports on top as well as an eSATA port. Four additional USB 2.0 ports are located on the front bezel. Each intake fans comes with dedicated filter system and can be easily removed for cleaning without having to open the system. Locking systems for both hinged side-panel door and hot-swappable hard drive caddies are embedded to prevent theft when the system is brought to LAN events or public areas. Eight PCI slots to support NVIDIA SLI or AMD CrossFireX multi-graphic card setups. Fully black-powdered interior is perfect for anyone wishing to showcase the impressive components.